Barrow-in-Furness is not a particularly well known town situated on the equally unknown Furness peninsular. For those not fully acquainted with their Cumbrian geography, Furness is the middle and largest of three south Cumbrian peninsulas. Isolated by the sea on three sides and the Lake District to the north, it was, and to large extent still is, a forgotten corner of the UK. It would surprise many then, to learn that this provincial backwater – which remains just a stone’s throw away from the affluence and natural beauty of the Lake District – in the latter half of the nineteenth century experienced nothing short of an industrial explosion. In 1846 the hamlet of Barrow had a population of around 150 and yet in just quarter of a century it grew to around 40,000, earning it the nickname the ‘English Chicago’.

Though from 2001-2011 Barrow suffered from greater population decline than any other region in England and Wales. The rest of this article hopes to shed some light on how and why Barrow became (with perhaps the exception of Middlesbrough) Britain’s biggest nineteenth century boomtown and why it is now run-down, deprived and depopulated – more akin to the notorious Detroit than Chicago.

In 1839 Henry Schneider, a young man of Swiss descent, arrived in Furness. Despite his age he had experience in the speculation and development of metalliferous ores and what he discovered in Furness appeared to be an opportunity. The area had a sporadic amount of small-scale, simplistic and underdeveloped iron mines. Approaching local members of the aristocracy, he proposed they invest not only in the mines themselves, but in a railway to transport these ores to the sea, where they could be exported elsewhere. Schnieder had the Earl of Burlington’s (later to become the 7th Duke of Devonshire) attention and despite the protests of locals, including Wordsworth, work on the railway began in 1844 and the small, isolated Furness line was officially opened on 12th August 1847.

Attention was simultaneously raised on the issue of where to construct a port from which to export the increased output of iron ore and though several places were considered, it was decided that the village of Barrow provided the most suitable point. Thus began the transformation of Barrow from a handful of houses to an industrial giant.

The expansion was extraordinary. In 1849 17 iron pits were raising 182,000 tons of Iron ore, yet by 1856 some 19 pits were managing to raise 464,853 tons of ore and in January 1859 construction of an iron works in Barrow was begun. It was an almost perfect combination. Ironworks and a dockyard were constructed next to the richest haematite mines in the country, meanwhile limestone was abundant from the nearby hills and coke was sent by rail from Durham across the newly completed rail network connecting the Furness line with the UK mainline.

In 1865 construction of a steelworks was begun, whilst in 1867 none other than E. W. Gladstone himself came to open one of the largest dockyards in country, built on a scale large enough to rival Liverpool. Meanwhile in the 1870s the Barrow Steelworks was taking on another industrial giant of a town, Sheffield. In 1873 the Barrow Haematite and Steelworks became the largest and most efficient plant of its kind in the world. Employing over 3,000 labourers, it was the largest single employer in North Lancashire and at its peak was churning out over 1,100 tons of railway tracks a week, most of which was destined for the USA.

However 1873 was the peak. A bubble had emerged and burst. Though Barrow’s population and size continued to grow, it soon became clear that the dockyards were far too big for a town which had virtually no hinterland and as a result had to be propped up by the Duke of Devonshire. Furthermore the rich haematite mines were quickly exhausted and much of Barrow’s industry waned as a result.

Barrow’s days as the ‘English Chicago’ were over; however its fortunes were not finished yet. The dockyards were taken over by the Sheffield firm Vickers, which oversaw the town’s transition into specialising in warship construction and submarines in particular. Sustained by large naval orders through the first half of the twentieth century, Barrow not only survived but quietly prospered.

However the closing of the iron and steel works in the second half of the twentieth-century has seen the town become dangerously reliant on the single industry of submarine building. The fact of the matter is that twenty-first century Barrow has very little to offer; its geographical isolation and comparatively small size have seen it become something of a cultural wasteland and its industrial feel leaves it well and truly off the tourist trail for those visiting the Lakes. Those who can afford not to live in Barrow live elsewhere, whilst its young people emigrate to larger, more exciting towns. When the Royal Navy’s contract to build the current class of Astute Submarines expires in 2024, one really fears for the fate of Barrow, especially as plans to redevelop the waterfront fell through following the crash of 2008. Though it is perhaps too early to compare Barrow to Detroit, the warning signs are all there. Unless Barrow can diversify and reinvent itself, it will have a serious challenge to stave off further depopulation and decline. 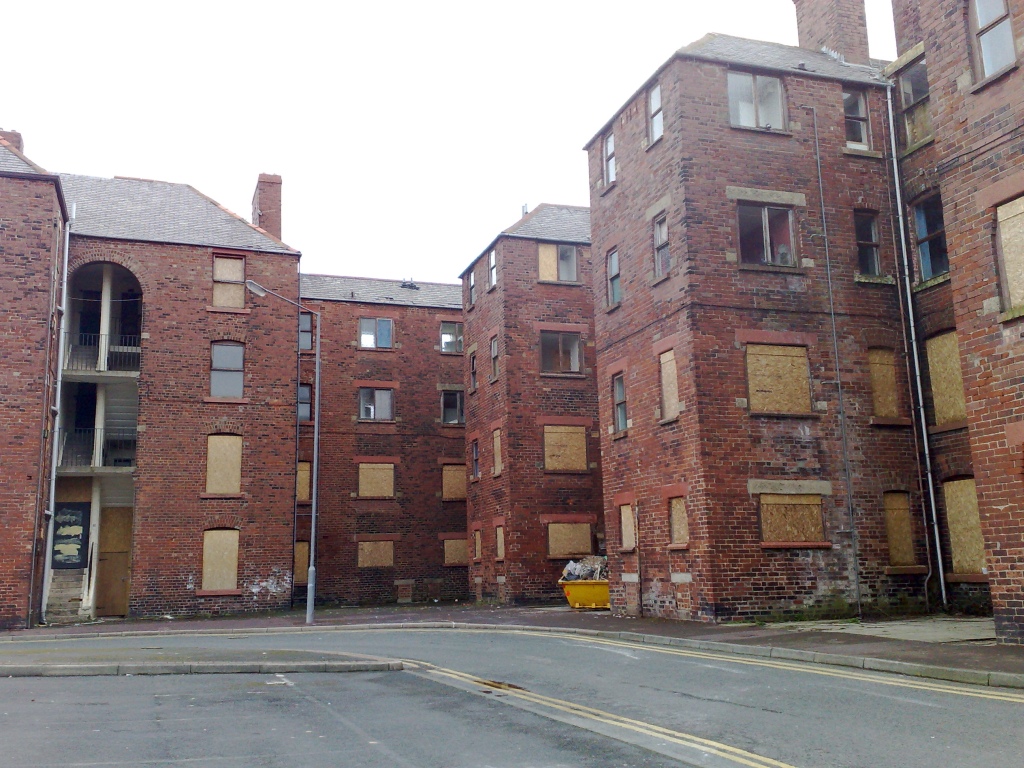